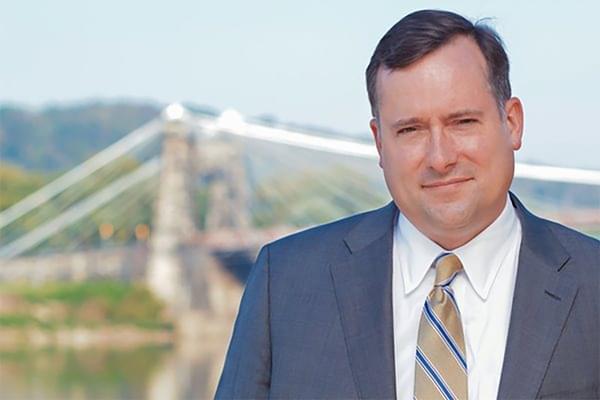 David serves as the president and chief investment officer of the company he founded in 2003. To these roles he brings a tireless passion for the pursuit of excellence and a lifetime of professional investment experiences which positions him well to provide strategic direction to the overall investment program, advisory team and the firm in general. David is also an advisory member of McKinley Carter's Illiquid Assets Specialized Practice Group.

Prior to founding McKinley Carter, David held roles at a regional bank's trust department where he learned the fundamentals of investment analysis and portfolio management, working on a team overseeing billions of assets. Building on his trust department experiences, he joined a national firm as a vice-president of investments, leading a team of advisors serving high-net-worth families, small- to medium-sized businesses and non-profit organizations.

McKinley Carter, under David's leadership, has grown to be among the largest and fastest-growing wealth management firms, recognized for excellence in our care for clients and colleagues.

As an eighth generation West Virginian, David is proud to be living in the Mountain State with his wife and two teenaged children. He is a devoted Mountaineer with a deep commitment to advancing the economy and quality of life for all West Virginians. His compassionate approach to capitalism creates high paying jobs and contributes to the communities where our employees live and work.

3 Types of Board Members: Why All Are Essential for Organizational Success

Many people find enjoyment in service on boards of directors for their favorite non-profit organizations. The most effective boards seem to have a thoughtful and strategic approach to selecting their directors with the intentions of achieving and maintaining an appropriate balance of skills, experiences, and interests that serve the organization’s interests very well. This issue is particularly important among selection of officers for the board. Learn more.

Greater media attention has caused Bitcoin interest to surge. However, the prudence in adding Bitcoin to a retirement plan is questionable, at best. Learn more.

Whether in portfolios of our own or for those for whom we have fiduciary responsibility, like our favorite non-profit organizations, it's important for us to remain aware of anticipated net distribution rates and investment returns for the asset allocation strategy selected for the portfolio's investments.