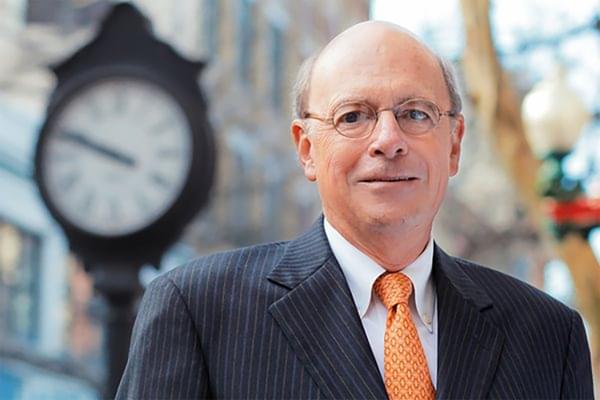 Larry is a military veteran with 24 years of service with the 130th Airlift Wing, West Virginia Air National Guard (Air Command Pilot and Director of Plans). He also participated in the Gulf War. Prior to joining McKinley Carter, Larry participated as CFO in the First Empire Federal Saving and Loan NASDAQ public offering. He also served as CFO of the City Mortgage Loan Servicing startup, which evolved into a national loan servicing company. He later participated in the initial development of Kanawha Investment and Trust (one of the merger companies that would become McKinley Carter).

Over his vast career, Larry dedicated considerable time to improving the Charleston community: He contributed 10 years as commissioner on the Charleston Housing Authority and has served as a board member in various roles (treasurer, vice and chairman) of the Charleston Coliseum & Convention Center. Larry has also served in various leadership roles with the Arthur B. Hodges Nursing Center and Edgewood Summit Residential Community and was one of the leaders in the development and completion of the Arthur B. Hodges Center at Edgewood Summit. He is a member of the American Institute of Certified Public Accountants, WV Board of Accountancy, Edgewood Country Club, Rotary Club of Charleston, WV and the American Legion Post 187.

Advanced financial planning is key to avoid stress when a family crisis occurs. But often families don't know where to start. Here are eight tips to guide you.

It Is Never Too Early To Start Year-End Planning

The best time to start year-end planning is after you complete your tax return and realize how certain actions in the prior year could have changed things.